With Parcel Sale Complete, Leasing Efforts for Porter on Peachtree Pick Up Steam 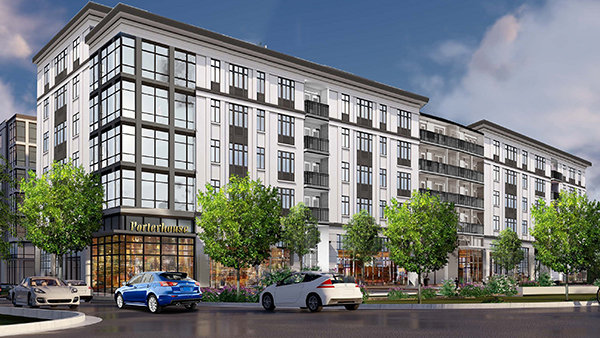 When Ackerman & Co.’s John Speros brokered the third-party sale of a prime 4.6-acre parcel on Peachtree Road in the city of Brookhaven, it didn’t mark the end of Ackerman’s involvement in the property.

Ackerman Retail Senior Vice President Kelly Wilson has been selected to lease up the retail portion of the mixed-use Porter on Peachtree project now taking shape on the site. Located at 920 Peachtree Road just north of Buckhead, the city of Atlanta’s premier shopping district, the project will feature approximately 291 apartments and approximately 17,600 square feet of ground-level retail.

Kelly is leasing the space on behalf of the parcel’s former owner, SDS Real Property Holdings. As part of the original sale, SDS will buy the retail portion of the project from new owner Wood Partners upon completion of construction.

Kelly said there is a great deal of interest among a variety of retailers for the space.

What makes Porter on Peachtree such a desirable retail location?

“This area has great demographics, is a highly sought-after retail node and has very little vacancy,” said Kelly. “It’s very difficult to find retail space with frontage along Peachtree anywhere from North Buckhead, through Brookhaven and heading into Chamblee.”

The tenant lineup at Porter on Peachtree will include up to two restaurants, with a retail mix likely to feature service-oriented retailers, boutiques and possibly a coffee shop, Kelly said.

Porter on Peachtree is in the Buckhead/Lenox submarket of Atlanta, which commands the highest rental rates in the metro area. The submarket has a total inventory of 12.5 million square feet and boasts Atlanta’s most prestigious shopping destinations, including Lenox Square, Phipps Plaza and the The Shops Buckhead Atlanta.

The impressive demographics of the project’s Brookhaven address include an average household income of more than $130,000 and a population within three miles of more than 133,000. The Capital City Country Club is located behind the property, and the Brookhaven MARTA station is only 1,000 feet away.

John Speros along with David Branch of SSG Realty Partners brokered the sale of the parcel for $15.8 million. “Because the seller is purchasing the retail portion of the development at completion, this was a very complex transaction that was years in the making,” John noted at the time of the sale.

Construction is under way and completion is targeted for late 2021.