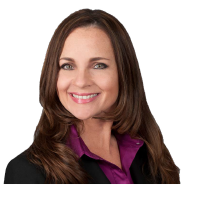 Our Retail division is excited to introduce Kelly Wilson to the team.

Kelly, one of the top retail brokers in metro Atlanta, recently joined Ackerman Retail as a senior vice president. She will focus on third-party leasing as part of a Landlord Representation team that includes Executive Vice President Courtney Brumbelow.

“Kelly brings a unique mix of expertise, including landlord and tenant representation in combination with her experience in restaurant ownership and franchise development,” said Leo Wiener, president of Ackerman Retail. “We’re thrilled to add Kelly to our team.”

Most recently, she launched the third-party landlord representation platform at The Windsor Realty Group.

Among her current exclusive leasing assignments is Marietta Square Market Food Hall – which she has 100% pre-leased. The highly anticipated food hall is scheduled to open in early 2019.

Her extensive musical theatre resume includes performances in touring Broadway plays such as South Pacific (with Robert Goulet), Theater of the Stars at The Fox Theatre and 1940’s Radio Hour at Theatre in the Square in Marietta, Ga.

Kelly has also been the lead singer in a variety of country and rock ‘n roll cover bands, singing songs by the likes of Journey and Melissa Etheridge.