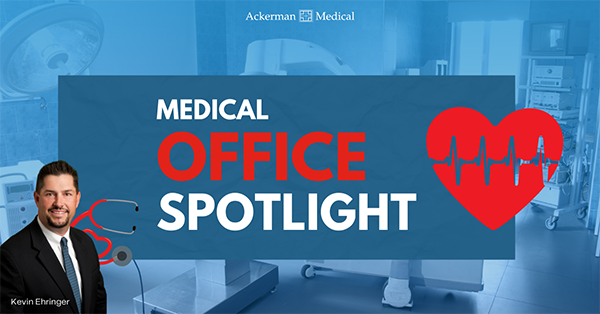 During the initial months of the pandemic, the medical sector faced its fair share of challenges.

Job losses were on the rise, as some medical practices were forced to shut down temporarily. In all, there were 1.4 million healthcare services industry jobs cut in the first two months of the pandemic.

But the sector recovered quickly – and at a much faster rate than traditional office – and long-term trends are on a healthy trajectory.

According to CoStar, nationwide vacancy rates in the medical sector are near decade-long lows, while the construction pipeline is extremely limited (less than 1% of total inventory). Healthcare trends are also favorable. Demand for services is picking up as patients schedule elective office visits and procedures that were postponed during the height of the pandemic. In the long-term, the aging of the U.S. population will drive demand for services that will, in turn, boost the need for medical space.

“At the outset, healthcare practices were dealing with various issues caused by the pandemic or had to shut down temporarily – dermatology, ophthalmology, dentistry to name a few,” Kevin said. “Things are pretty much back to normal now. Primary care and specialty practices are going gangbusters.”

The heightened demand for space is reflected in recent statistics. According to CoStar, medical office space leased monthly has surpassed the five-year average for the past six months.

Ackerman is seeing solid demand for its medical office availabilities. The company, which has developed and acquired more 3.5 million square feet of medical office space since its inception, has been consistently completing leases with physicians and healthcare practices.

Although demand is strong, Kevin pointed out that snowball effects brought about by the lingering pandemic have led to one increasingly common criteria among tenants seeking space.

“Medical practices want built-out, turn-key space, rather than shell space that needs to be planned, engineered and constructed,” he said.

The increasing costs of construction materials, access to those materials and labor shortages, along with  delays in permitting, inspections and other municipal approvals are some of the issues tenants can avoid by moving into turn-key space.

While the ongoing pandemic and current economic uncertainty are creating challenges for all commercial real estate sectors, the medical sector is proving to be resilient and is expected to benefit from healthy long-term growth prospects.